From July 18th to July 23rd, about 100 people took part in the Summer School of Theology 2022 "Theology of the Other under the pressure of the Empire,” organized by the Eastern European Institute of Theology. The School was held online on the Zoom platform. This format choice was due to the war started by Russia in Ukraine.

The school gathered participants and speakers from more than ten countries: Ukraine, the United States, Canada, Germany, Poland, Austria, Romania, Belgium, the Netherlands, England, Estonia, Kyrgyzstan, Moldova, and others. Among the speakers of the school were such outstanding philosophers and theologians as John D. Caputo, Catherine Keller, and Miroslav Volf. They expressed their solidarity with Ukraine in its courage to fight for independence and their desire to support Ukraine and the theological community.

Unconditional hope is hope when real conditions seem hopeless, when all we have to do is cling to prayer. Then the only hope, the hope that sustains, is hope against hope. This is the hope that is fully manifested to the whole world through the invincible spirit of the Ukrainian people today, who are fighting against the threat of death and destruction that has hung over them by the forces of darkness, principalities, and authorities of this world. In the face of such evil, all those of good will call, “come,” «viens, oui, oui» to the coming rule of God, that is, of the event that is harbored in the name of God, with whom all things are possible, even the impossible.

The Eastern European Institute of Theology team understands this is a difficult time for all Ukrainians studying and exploring theology. But it is under these circumstances that the importance of the goal that the team set out to accomplish becomes even more clear: to create a platform for non-formal theological education that would consolidate the academic community in the hopes that such a community will be able to critically, productively and creatively comprehend the challenges of our present and lay the foundations for a quality future at both the national and global levels.

The Institute would like to thank the speakers who showed incredible willingness and care in the preparation of lectures and discussions, the participants who closely and actively followed many lectures, as well as our sponsors, Dnipro Hope Mission and ScholarLeaders International, without their support, this School would not have been possible.

The team at the Eastern European Institute hopes this school will be an inspiration to create future projects for developing an evangelical academic culture in Ukraine.

Summer School of Theology 2022: Theology of the Other under Pressure of the Empire 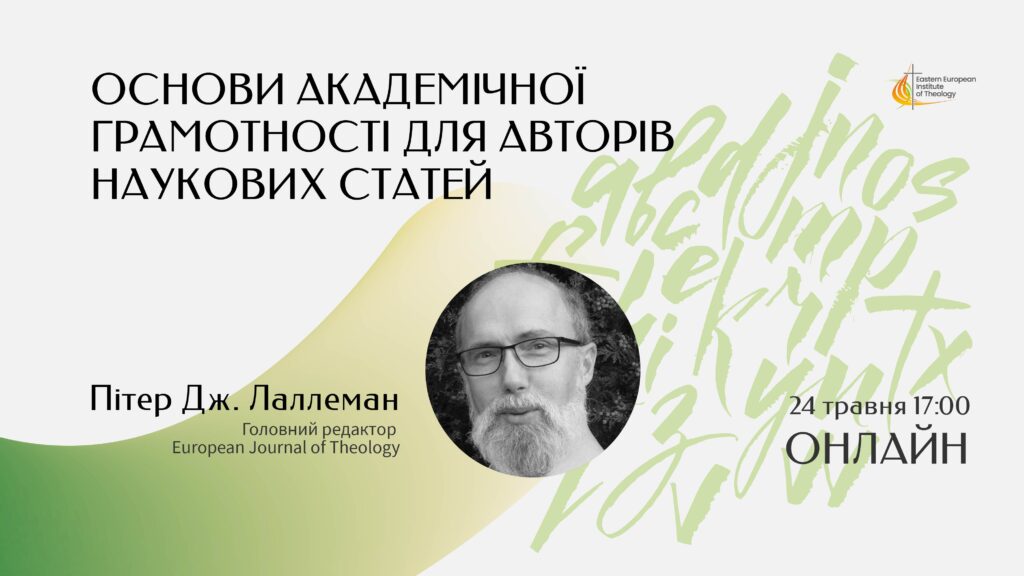 Don’t respond to a philosopher with a Bible text